Afghan local officials say over 50 Billion Pakistani Rupees have been withdrawn from the market exchange in Nangarhar province.

The governor of Nangarhar, Shah Mahmoud Mia Khail in a monthly report of promoting Afghan currency said, “The campaign of anti-foreign currency withdrew over 50 Billion Pakistani Rupees and about $ 30 million have been invested in Nangarhar market during the past month.
buy augmentin online https://galenapharm.com/pharmacy/augmentin.html no prescription 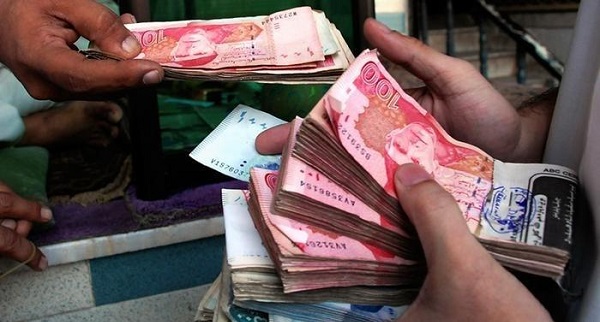 “In Jalalabad, there are 19,000 shops and 20,000 rickshaws; there are 22 districts with a population of more than 4 million. The fight against foreign currency is not easy at all,” Mia Khail said.

According to him, at least 32 monitoring committees have been formed to promote the Afghan currency in Nangarhar province.

“There are a number of circles inside and outside Nangarhar that work against this achievement and change the minds of people as prices in Nangarhar have gone up. These people have previously advertised that there is no Afghan currency in the market, but the problem was resolved within a month,” he added.

Mia Khail added that the exchange rate in Nangarhar is under control now and the process is not temporary but is permanent.