Some 15 unsuccessful Wolesi Jirga candidates and hundreds of their supporters on Tuesday closed four gates to Kabul demanding an invalidation of votes cast during the parliamentary polls in the capital.

The candidates, along with their 350 supporters, blocked the road with containers in Qala-i-Mirdad area of Shakar Dara district north of the capital city, urging the dismissal of corrupt election officials. 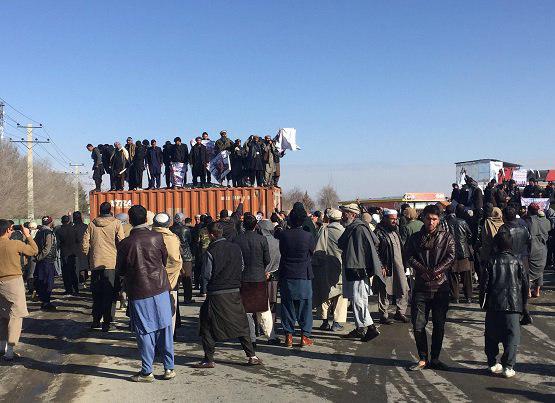 Earlier, the IECC had announced invalidation of votes cast at all polling stations in Kabul due to fraud and rigging which was supported by many candidates.

However, shortly after the announcement was made, IEC rejected IECC’s decision as “hasty and politically motivated” and later it was together decided by the two bodies that the decision would be reversed and worked upon later.

The US embassy in Kabul condemned the attack of Maidan Shahr, Wardak province in a statement:…