Afghan Foreign Minister Mohammad Haneef Atmar had a telephone conversation with the Minister of Foreign Affairs of the Republic of Korea, Kang Kyung-Wha.

The Ministry of Foriegn Affairs (MoFA) in a statement said that the two Ministers discussed various issues of bilateral interest and the Afghan peace process.

According to the statement, FM Atmar appreciated the Republic of Korea for its generous assistance in the last 20 years and its latest contributions at the Geneva Conference for Afghanistan.

Foreign Minister Atmar touched on the second round of Afghanistan Peace Negotiations in Doha, the importance of reducing violence and the need for a comprehensive ceasefire, and preserving the democratic gains of the past two decades.

In the meantime, the Foreign Minister of Korea Kang Kyung-Wha reiterated Korea’s support for the Afghan peace process in Afghanistan. 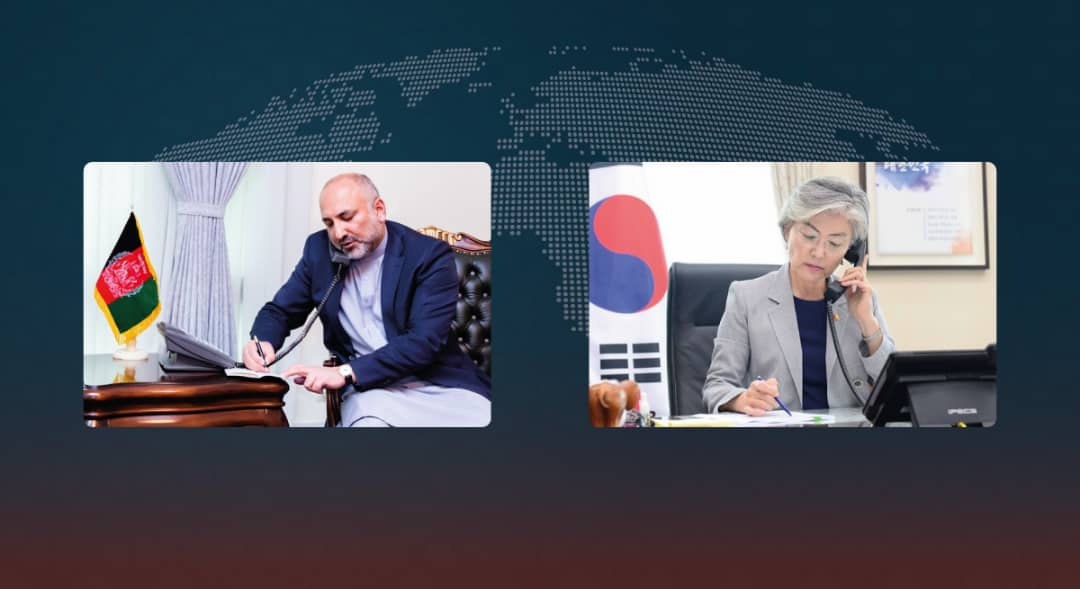 The statement said that she assured Minister Atmar of Korea’s supports for Afghan people’s aspirations to preserve the Islamic Republic, protect human and women’s rights, and achieve a lasting peace.

Both agreed to assign a technical team to assess the expansion of bilateral cooperation,” the statement added.

The Korean Foreign Minister also invited Foreign Minister Mohammad Haneef Atmar to participate in an international peacekeeping ministerial conference which will be organized in Korea late this year.