The NSA office in a statement said that the two sides have discussed about the elections and conducting military operations in the northern zone.

After the meeting, the two sides told reporters that the meeting was also aimed at finding a political solution. 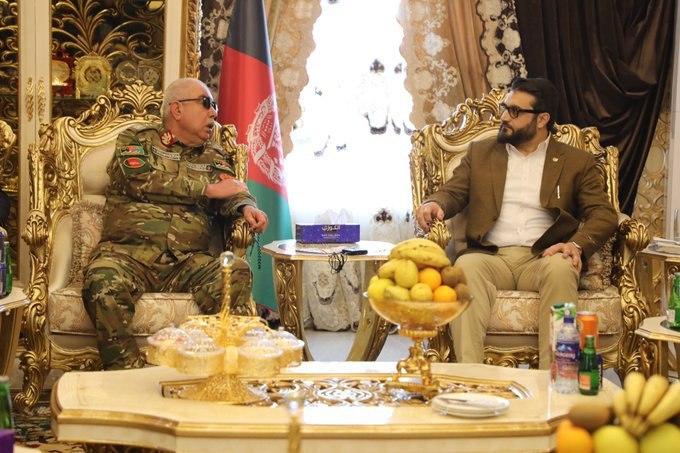 In the meantime, NSA Mohib emphasized that the purpose of his trip to Jawzjan was to assess the security situation of the northern provinces.

This comes as Afghanistan election is approaching to its critical stage; General Dostum is one of the main supporters of the Stability and Partnership electoral team.