Ambassador Markus Potzel Special Representative of Germany for Afghanistan and Pakistan said that Germany and Qatar will host the intra-Afghan dialogue conference from 7th to 8th of July.
“As part of our efforts to peace process in Afghanistan, Germany and Qatar will convene an Intra-Afghan Dialogue Conference to be held in Doha on 7 and 8 July 2019,” Ambassador Markus said in a statement on Tuesday. 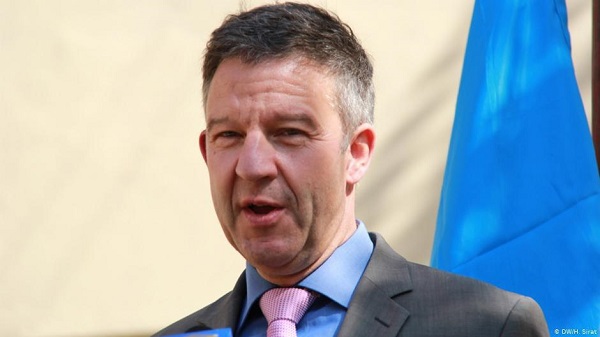 The statement further added that, Germany and Qatar have extended joint invitations to the Afghan participants, who will participate only in their personal capability and on an equal footing.

Meanwhile, US Special Reprehensive for Afghanistan Reconciliation Zalmay Khalilzad said in a Twitter that Germany and Qatar have agreed to host the intra-Afghan dialogue conference from 7-8 July.

“This dialogue is an essential element of the four-part peace framework & an important step in advancing the Afghan Peace Process,” Khalilzad said.