Family members wearing just a face mask and without other protective equipment, help care for admitted Coronavirus patients at the Afghan Japan Hospital in Kabul, reports the Associated Press (AP).

The attendants said they had no choice because there were not enough nurses and other medical staff.

The 13-bed ICU ward only has patients who are in critical condition, hooked up to ventilators or oxygen tanks. The guardians are also worried that the oxygen tanks would get stolen because there is a shortage of that also. 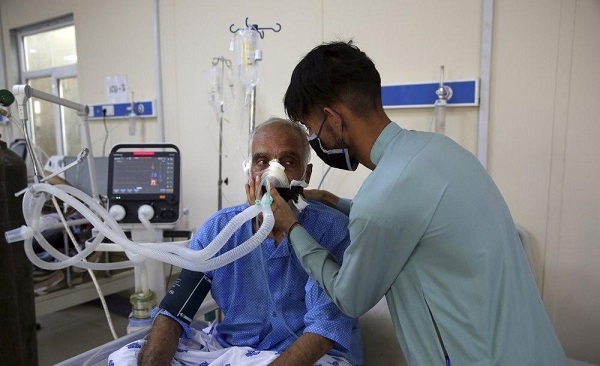 An attendant told AP that he struggled to guard the oxygen tank which was keeping his father alive in his last days. The relative of another patient came over and threatened to take the tank.

“Your father is dying, but mine is alive, he told me,” the attendant recounted to AP.

The Afghan Japan Hospital in western Kabul is one of only two facilities for COVID-19 testing and treatment in the capital. Many newly graduated doctors who joined the staff, and experienced physicians quit, a few months ago, fearing the virus.

More than 1,700 medical workers have been infected in Afghanistan so far, including 40 at the Afghan Japan Hospital; 26 have died.