Taliban claimed responsibility for three attacks on Monday, two in Kunduz and another one in Wardak.

On Monday, the Ministry of Defence (MoD) said eight Army personnel were killed and nine others wounded in a suicide car bombing attack on their convoy in Wardak.

In their tweet, the MoD said the attack happened during the afternoon. Taliban spokesperson Zabihullah Mujahid claimed the group’s “martyrdom seeker” was responsible for the attack. 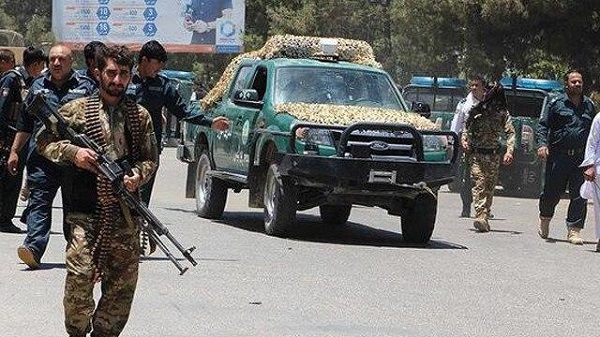 Kunduz governor’s spokesperson Esmatullah Moradi said that at around 1 am on Monday, Taliban attacked the second district of Kunduz. The clashes lasted for two hours, and five police officers were killed and three were wounded.

During the clashes, the Taliban also suffered casualties, but the exact number is not known, the official said.

Muradi also said that 13 Taliban militants were killed in clashes in the Shinwari village near the provincial center.

Taliban’s Mujahid confirmed the attack and said the group had killed nine Afghan security personnel. A Humvee was also destroyed and all aboard were killed and wounded when they tried to provide reinforcement to the Afghan forces.

He also said a Humvee was destroyed as it “came out for operations against Mujahidin” in the Kucha Qazaq area of Aliabad district and they killed eight security forces and wounded five.
Illegal Taliban checkpoints in neighbouring Baghlan province have also raised the insecurity in the region.

Drivers have complained that the militants have been stopping vehciles along the Kabul-Mazar-e-Sharif highway and charging a fee for letting freight trucks pass.

These attacks and acts have come at a time when the international community has been pushing the Afghan government to facilitate the start of the negotiations with the Taliban as soon as possible.