US President Donald Trump has now voiced optimism after meeting Pakistani Prime Minister Imran Khan when the latter promised to help broker a political settlement to end the 18-year war in Afghanistan. Trump in fact hinted at the possibility of restoring aid to Islamabad.

“I think Pakistan is going to help us out to extricate ourselves,” Trump said, with Khan sitting next to him at the start of a White House meeting on Monday. 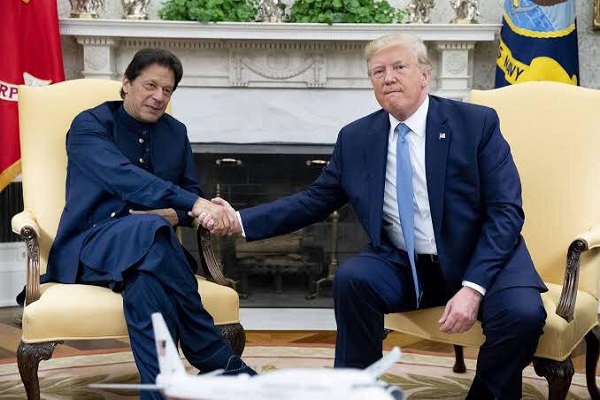 Trump spoke of possibly restoring $1.3bn in American aid that he had cut last year, depending upon the results of the meeting. He also offered to mediate in the Kashmir dispute between Pakistan and India.

Trump last year complained on Twitter that the Pakistanis “have given us nothing but lies & deceit” and “give safe haven” to armed fighters. Pakistan has denied the accusations.

Khan, the former captain of the Pakistani cricket team who assumed office last year, fired back.

He tweeted that Pakistan had suffered 75,000 casualties and lost $123bn in the “US war on terror”, even though no Pakistanis were involved in the September 11 attacks. He said the US only provided a “minuscule” $20bn in aid.