A community sensitive to signs of domestic violence is key to ending violence against women during the COVID-19 pandemic, said participants in a series of UN Assistance Mission in Afghanistan (UNAMA)-backed radio programmes broadcast across Afghanistan.

In this particular broadcast in Helmand, they discussed the impact of the Coronavirus pandemic on their families affected by domestic violence and talked about ways to cope effectively with the situation. 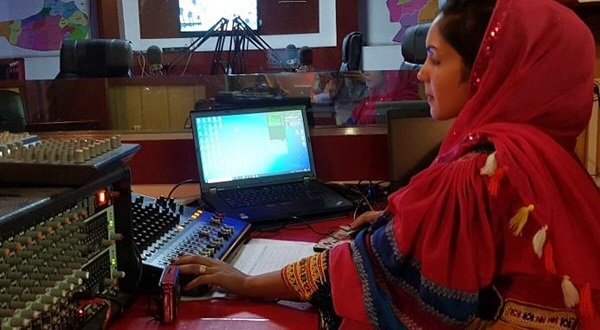 The head of Helmand’s local branch of the Afghanistan Independent Human Rights Commission said the lockdown has led to increased domestic violence in the province and noted that public health officials and human rights defenders have not been able to reverse the trend.

The head of Helmand’s Department of Women’s Affairs also added that low income families “will struggle more than others and might vent their frustrations on family members, particularly women and children” during the pandemic.

Activists and leaders in Nangarhar and Ghazni also spoke about the increased complaints of violence against women. They talked about raising awareness and telling both women and men “to be patient, to take care of each other.”

The director of Badakhshan’s Department of Women’s Affairs also spoke about victim support during one of the broadcasts and adopting a legal helpline to help reduce the psychological pressures on women during lockdowns.

In June, Afghanistan’s Attorney General’s Office reported 249 cases of women being beaten in family environments during lockdowns. Also in June, a preliminary report was issued by the Afghanistan Independent Human Rights Commission indicating that that from 1 January until the end of May, the Commission registered 754 cases of violence against women across Afghanistan.

UNAMA reports that the programme participants spoke about the need for more helplines, additional women’s shelters, strengthened trust between victims and judicial organs, and more effective engagement with women in during the pandemic. Some also pointed to the role of media and religious leaders as crucial for raising awareness about the importance of ending domestic violence.