Senate speaker Fazal Hadi Muslimyar said some Taliban prisoners who had been released by the government have already returned to the battlefield.

During his Tuesday address to the Senate, Muslimyar also said his intention was not to “create problems” against the Afghan peace process.

In excerpts of his speech shared on his Facebook page, Muslimyar said, “I am not against the release of Taliban prisoners, but those prisoners who go back to war, I am strongly against them being released.”

The Afghan government has released 4,015 Taliban prisoners so far as a “goodwill” measure on the road to peace, he said. “But unfortunately, some of them have returned to strengthen the battlefront.” 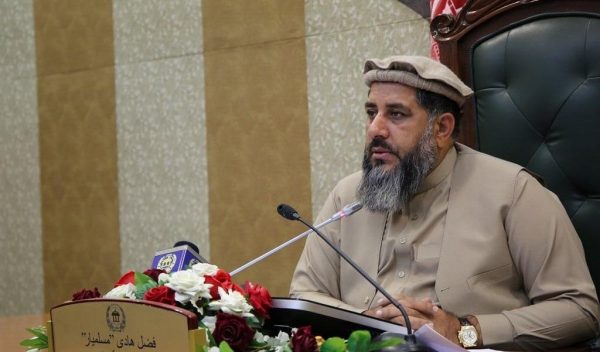 He cited the example of the Afghan security forces operation in Laghman province, the Taliban commander Rohullah, who was among the 22 killed and injured in Qarghayi district.

“I am not against the release of those prisoners who will start living a normal and peaceful life,” Muslimyar said.

He urged the U.S., as the mediating partner, to take this issue into consideration.