President Ghani has asked the ambassadors of countries based in Kabul to support Suraya Dalil’s candidacy as Deputy Director General for International Organization for Migration (IOM). 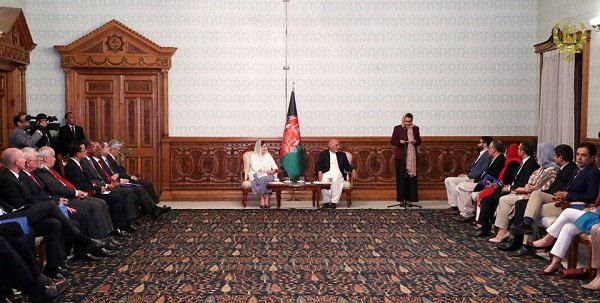 In a meeting with a number of ambassadors from the countries based in Kabul, the president asked them to support Suraya Dalil’s candidacy, the presidential palace said in a statement on Monday night.

Ms Suraya Dalil has been nominated as Deputy Director General for International Organization for Migration.

She has previously served as Minister of Public Health and Afghanistan’s ambassador to Switzerland. Ms Dalil also has work experience in various international organizations.