Afghan Senate members say that all aspects for the release of Taliban detainees should be considered based on the resolution of the Consultative Loya Jirga, because their liberation like the past, should not strengthen the Taliban lines, and the exchange of prisoners should be done bilaterally. 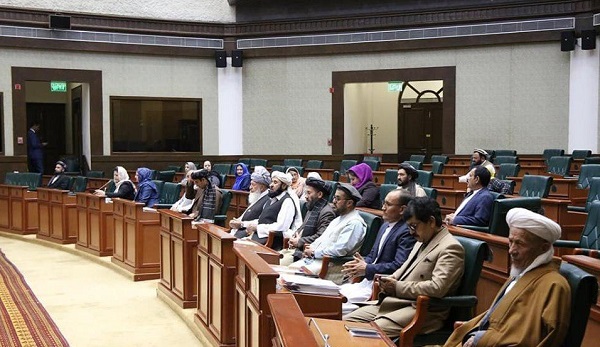 During their Tuesday meeting, in addition to supporting peace talks, the members of Afghan senate have emphasized that the Afghan issue doesn’t have a military solution; and for providing peace, national, regional and global consensus should be created.

They stressed that the Afghan people expect Zalmay Khalilzad to share the details of previous rounds of talks and also increase his consultations with the Afghan politicians regarding these negotiations.

Release of Taliban prisoners should be done in accordance with a precise plan, a guarantee should be taken from prisoners, and even they should have a weekly attendance so that they don’t join the ranks of the enemy, said the senate.
buy cymbalta Canada langleyrx.com/cymbalta.html no prescription

Meanwhile, some unconfirmed reports indicate that 90 Taliban insurgents have been released from the Pul-e-Charkhi prison of Kabul on Monday night as per a decree by President Ghani.