Security officials have reported that 5 people were killed and 11 others were wounded in two traffic accidents in Ghazni province. 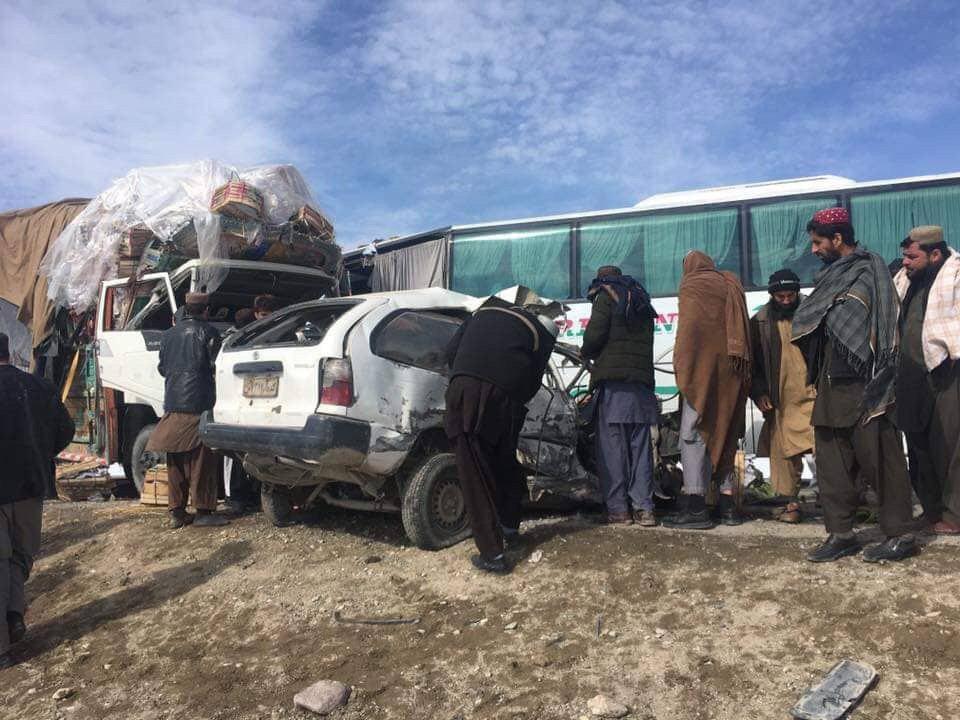 Speaking to Reporterly, provincial police spokesman Ahmad Khan Seerat said the first incident happened at 7AM on Tuesday morning on the Kabul-Kandahar highway when a Toyota Corolla vehicle crashed with a passenger bus in Shahbaz village of Ghazni city as a result five passengers of Corolla vehicle died and one passenger wounded.

Seerat added that, in another incident, a fuel tanker derailed from the road in Gelan district of the province around 10AM and during the evacuation of a fuel tanker, it took fire, as a result, 10 people who were busy evacuating the oil were injured.