Around 66 Afghan asylum seekers have to spend nights on the streets of Athens after being expelled from the Moria Camp on Lesbos Island in Greece.

They had been granted asylum, however, as European Union funded accommodation programmes from refugees ended in Greece, they were abandoned. 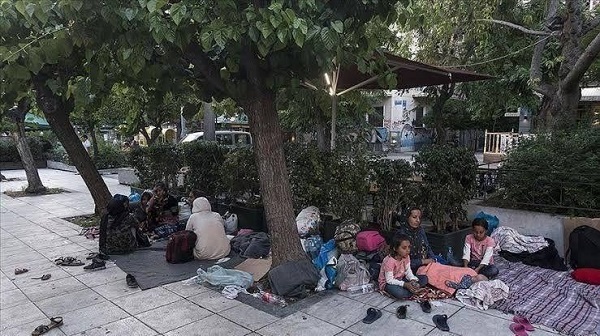 The group has been living at a public park in the city.

“They told us we have to leave Moria Camp. They said: ‘Go to Athens, finish your paperwork and go wherever you want after that’,” a refugee told Anadolu Agency.

Another refugee the agency interviewed, said, “They officially left us here. Imagine that you came to Afghanistan and did not speak the language. And nobody guides you. How would you feel?”