Representatives from Afghanistan, Russia and the U.S. held a trilateral meeting over video teleconference on Monday with the focus on an early start of the intra-Afghan negotiations.

While the first meeting between the negotiating teams of the Afghan government and the Taliban is scheduled to be held in Doha, Qatar, a date has not been announced yet.

Afghanistan, Russia and the U.S. expect it to be held “immediately to agree on agenda and next steps” that would start the intra-Afghan talks.

The attendees also expect the Afghan peace process to achieve a permanent and comprehensive ceasefire and expect this to be part of the negotiations from the beginning.

The three representatives reiterated their strong commitment to an Afghan-owned peace process and support for safeguarding Afghanistan’s achievements over the past 19 years.

The Russian and the U.S. government welcomed the Afghan government’s release of prisoners and urged the Taliban to reciprocate according to the commitments of the Doha Agreement. 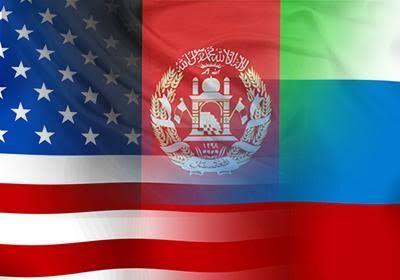 The three nations also called for a significant reduction in violence as a confidence building measure before the talks can start. The Afghan government proposed the establishment of a monitoring mechanism for compliance with ‘Reduction in Violence (RiV)’ measures to ensure mutual accountability.

Agreeing on the importance of regional and international cooperation as key to sustaining the intra-Afghan negotiations and making the peace process a success, they called for further consultations for strengthening global consensus in support of the peace process.

They also agreed on meeting again in this format to discuss the progress of the intra-Afghan peace process.

The Afghan government has so far released 3,005 Taliban prisoners, and said they would complete the release of 5,000 detainees before the talks.

Taliban spokesman Suhail Shaheen has said their side was willing to hold talks within a week of the release of 5,000 of the group’s men by the Afghan government.