Husseini said he is a part of the Afghan government’s investigating team that are looking into the two recent incidents in Iran that led to widespread protest rallies in many countries.

In the first incident, media reported that bodies of around 50 drowned Afghan migrants had been found in the Harirud River along the Iran-Afghan border. Husseini explains that a large group of Afghan migrant had been captured by the Iranian border police and were allegedly pushed into the river.

Tehran has categorically denied these claims and said the incident took place on the Afghan side of the border. In later reports, they said the mentioned date and location was incorrect and due to rough weather, no one had crossed the border that day. 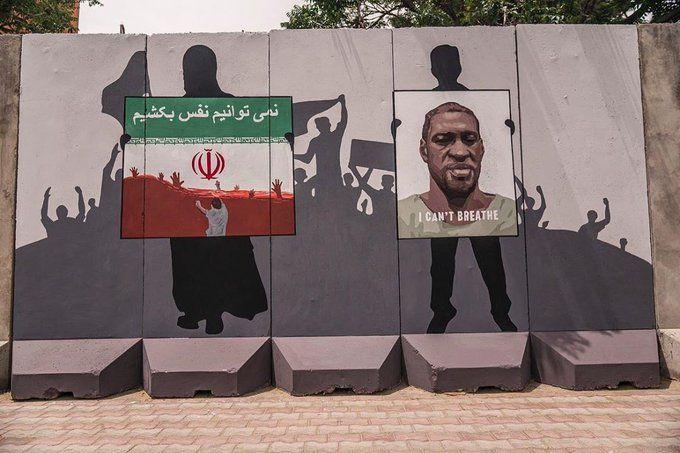 The more recent incident which Husseini is investigating is the car fire in Iran’s Yazd province which killed three Afghans. The vehicle was shot at- allegedly by the police – when it crashed and caught fire.

This incident was said to be due to human traffickers and the driver of the car. The driver has been identified and the police are searching for him.

Husseini told AP that the Afghan government’s report would be presented before Parliament this week.

“As a country which has been warmly hosting millions of Afghan immigrants for four decades, propaganda campaign against Iran is not acceptable.”

President Ashraf Ghani said a team would be going to Tehran to have a larger discussion about the status of Afghan refugees in Iran. Unhappy demonstrators have asked for an international investigation.

A graffiti by the renowned group ArtLords surfaced on a blast wall in Kabul to protest the Yazd deaths, paying a tribute to George Floyd in solidarity with the anti-racism protests after his death in police custody.