The future leaders of Afghanistan called on the country’s government and the Taliban to extend the ceasefire and accelerate the intra-Afghan peace talks to end the “non-sense war” in the country.

Around 48% of Afghanistan’s population is under the age of 15, and they are speaking up from provinces across the country as part of the “Let’s Talk Afghanistan” programme, which was started by the Kabul-based ArtLords who have become known for their murals that talk about social transformation.

The “Let’s Talk Afghanistan” project fosters cross-provincial dialogue between Afghans of all ages, gender, and ethnicity. It aims to promote empathy and tolerance by connecting communities that have been isolated from one another during the decades-long conflict.

The young delegates of the programme asked for the ceasefire as it allowed the government to pay attention to other problems and “tackle our most challenging issues such as lack of security, youth’s illegal migration from the country, unemployment, poverty and lack of resources to prevent the spread of COVID-19” in Afghanistan. 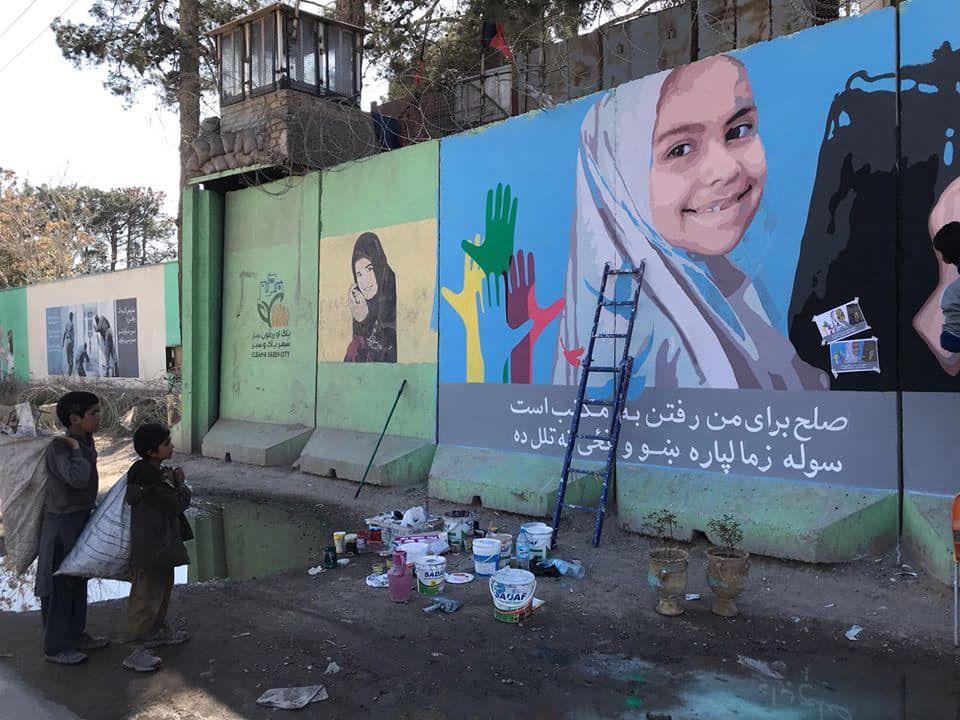 They spoke out on behalf of all Afghan youth and urged the two sides to include a “practical agenda for peace where social justice and individual rights are preserved.”

The programme’s young delegates also pointed that they make up a majority of the country and should be actively participating in the intra-Afghan peace talks, since 65% of the Afghan population is under the age of 25.

They also called said the youth of Afghanistan, living inside and outside the country, need to be included in the dialogues for a sustainable and peaceful Afghanistan.