Presidential candidate Mohammad Haneef Atmar has said that the incumbent government is a major threat to upcoming presidential elections and national unity of the country.

Atmar made the remarks during a gathering of protesting presidential runners and their supporters in Kabul earlier today. 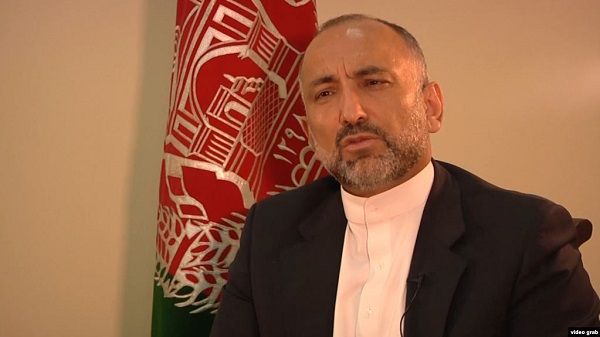 Calling the incumbent government as illegitimate, Atmar said the government has violated the constitution of Afghanistan and is busy hatching plans to spark divisions among the people.

Atmar further added that the incumbent government has opposed all steps and efforts regarding peace and reconciliation process.

Meanwhile, Atmar claimed that the incumbent government is attempting to spark divisions among people in a bid to extend its reign over power.

Atmar also added that the incumbent government wants the election to be conducted under its administration.

Atmar said they want an interim government and president as per the constitution of Afghanistan in a bid to pave the way for a transparent election.
buy levitra soft online https://thupload.com/wp-content/themes/twentytwentytwo/inc/patterns/new/levitra-soft.html no prescription