US Secretary of State Mike Pompeo announced support for holding the parliamentary election and the Afghanistan Peace process as he made a surprise visit to Kabul on Tuesday.

He announced his support from the Presidential election and Afghanistan’s Peace process in his meeting with President Ghani and Chief Executive Abdullah Abdullah. 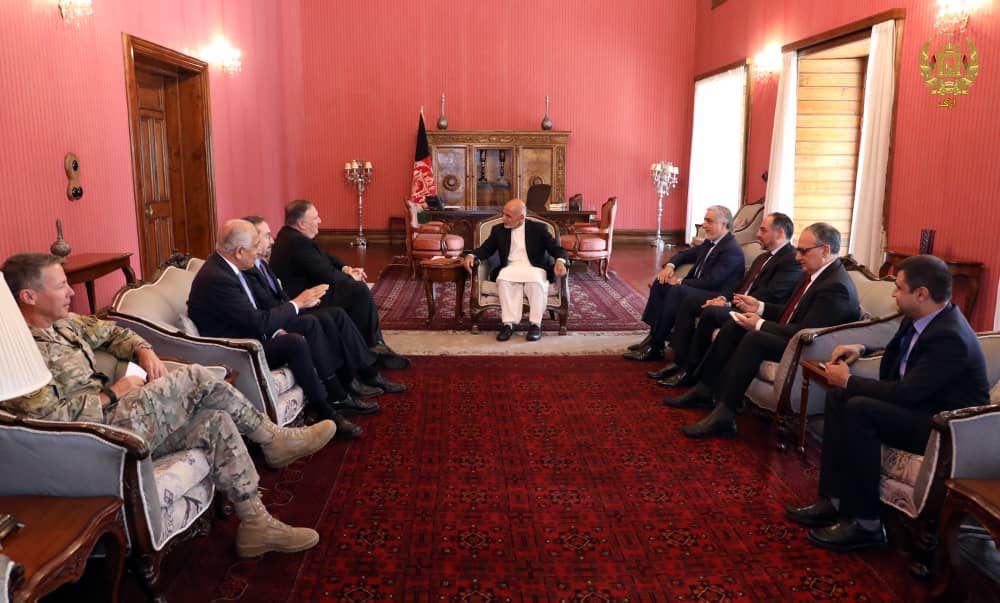 On the other side, President Ghani and US Secretary of State expressed satisfaction over the increase in coordination levels and mutual relations between the Afghan government and United States.

During the meeting, President Ghani declared that the Afghan government and the international partners have demonstrated their willingness and preparations for solving the country’s forty years of political crisis and now is the time that Taliban and their supporters announce their readiness.

He supported US efforts in Afghanistan peace process and stressed that the allied countries and international partners are better to prevent the sporadic and solitary efforts in this process.

President Ghani emphasised that the efforts and messages in a unified form will have a result. Dr. Abdullah also said in the meeting that the majority of Afghans are demanding a stable peace in the country, however this peace should not be at the cost of losing the achievements achieved with the peoples’ scarifications.

Mike Pompeo also stated that the US government supports the peace process and the upcoming presidential elections in Mizan of the ongoing year and is ready for any cooperation.

President Ghani conceded that to ensure a just, clear and inclusive election, the entities and friend countries should not only increase the number of their supervisors, but must have coordination with their colleagues in the elections.