The European Union (EU) ambassadors in Kabul are deeply concerned about the escalation in violence in Afghanistan and called for an immediate humanitarian ceasefire, the group said on Tuesday.

In a statement released on their social media profiles, EU condemned the “targeted killings which have risen sharply in recent weeks, directed against clergy, journalists’ and media workers, human rights defenders, healthcare personnel”

“It appears to be a deliberate attempt to stifle debate in advance of peace negotiations,” they surmised. 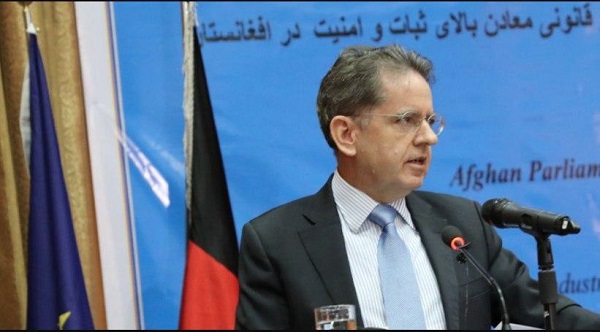 “These crimes need to be investigated and the responsible brought to justice.”

The rise of violence since the end of the three-day Eid Al Fitr ceasefire was deemed “unacceptable” by the ambassadors.

The diplomats said the attacks by the Taliban against Afghan security forces were “undermining the prospect for intra-Afghan negotiations” and asked for the enforcement of a full-fledged ceasefire.

Violence against civilians has also continued, the delegation noted, calling it “a violation of international humanitarian law, which profoundly undermines the confidence and trust” that is needed for the intra-Afghan talks.

“The violence must stop now,” they reiterated and called a permanent and comprehensive ceasefire necessary for the talks to start.