First-generation Afghan-American Zainab Mohsini, is running for the U.S. Congress from the 11th congressional district of Virginia and she has started her campaign asking the Afghan community to vote for her.

The UN High Commission for Refugees placed Mohsini and her family in Aloha, Oregon, in 2003, when she was about 14 years old.

From there, they moved to Northern Virginia, where she finished high school and worked her way through community college and later the Virginia Polytechnic Institute and State University (Virginia Tech).

In 2015, she earned a Bachelor’s degree in communication and became the first person in her family to graduate. 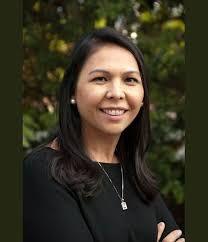 Like many American college graduates, Mohsini entered the workforce weighed down by student debt worked temporary jobs and gigs.

Despite this, she consistently found time to give back to her local community by volunteering at immigrant organisations. She also completed volunteered for two terms as an AmeriCorps member at a college equity non-profit organisation. There she supported students with similar experiences as her own. She also led trainings on racial justice, women’s rights and LGBTQ+ issues.

Mohsini’s election campaign is focused on helping blue-collar workers who live paycheck to paycheck and get discriminated because of their name, class, religion, sex and ethnicity.

Pakistan released 485 nationals, who had crossed over from Afghanistan at the Torkham border, to go…