Thousands of migrants, most of them from Afghanistan have rushed to the border between Turkey and Greece after the Turkish government announced on February 28 that it would no longer stop migrants from crossing its border to reach Europe.

Some of the migrants trapped at the border crossing in Pazarkule have been posting on social media about their attempts to cross the River Meriç, which separates Greece and Turkey. 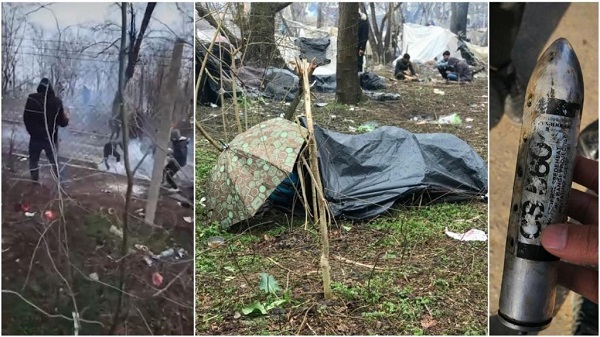 Their videos show young men and families with children living in rough conditions in nearby fields.

Several migrants who tried to cross the border at this location say that many people were sleeping under little more than plastic tarps and keeping warm by small campfires.

Greek authorities announced on March 5 that they had prevented 35,000 people from entering the territory in just five days.

Reports by major media outlets covering the border as well as videos filmed by the migrants themselves show Greek border guards using large amounts of tear gas to push back migrants trying to get through border fences.
buy medications online gaetzpharmacy.com/medications/ no prescription