In response to statement by Pakistani Prime Minister Imran Khan regarding proposal for establishment of interim government, Hamid Karzai, former president of Afghanistan asked the government of Pakistan to stop their interference in internal affairs of Afghanistan. 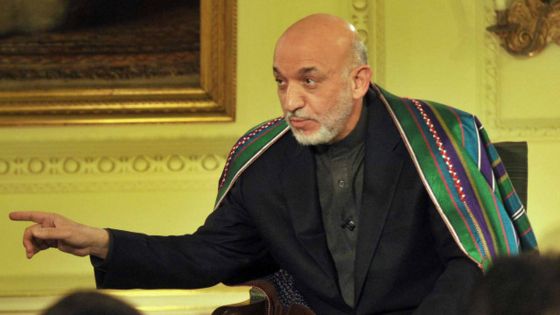 The former president of Afghanistan has emphasized: “We want good relations based on mutual respects with neighboring countries and the region, and we call on the Pakistani government and other countries, on the basis of goodwill and mutual respect, to avoid such statements and interventions in Afghanistan’s internal affairs, under different titles, such as the proposal to create interim administration and issues related to our election. ”

Meanwhile, Pakistani Prime Minister Imran Khan on Monday proposed that an interim government be established in Afghanistan as a possible solution to the deadlock in peace process.

Hanif Atmar, the presidential candidate responded to the recent remarks made by Pakistani prime minister regarding…

The ministry of defense released a statement informing that acting minister of defense Asadullah Khalid, Resolute…

A key commander of Taliban, Mullah Rasheed, was killed in an operation in Sarobi district in…

In a statement released by Taliban, they asked the Afghan people to send their children to…

Bill Gates has urged Afghanistan and Pakistan to continue their fight to eradicate polio, despite Taliban’s…