US Representative Max Rose (D., N.Y.) praised the Trump administration for its “100 percent correct” decision to sign a peace deal with the Taliban and said that ending the Afghanistan war was “deeply personal” for him as a veteran of the nearly two-decade long campaign.

Rose, appearing on MSNBC’s Morning Joe, argued that the war would “continue in perpetuity” without the Trump administration’s decision. The peace deal, singed Saturday by the U.S. and the Taliban, would see all American troops withdrawn from Afghanistan by May 2021.

“This decision by the administration is 100 percent correct,” Rose said. “We have got to focus on politics now in our longest-standing war . . . this war’s got to end.” 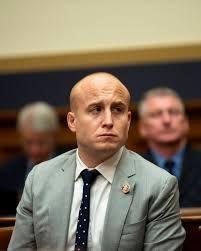 Rose also pushed back on claims that a withdrawal could result an ISIS-like rise to fill the power vacuum.

“I do have confidence, albeit cautious optimism, that the Taliban is and can proceed as an entity that does want peace,” he stated. “We have seen 18 years of war.
buy wellbutrin online http://healthdirectionsinc.com/Information/Forms/new/wellbutrin.html no prescription

And I think that forcing them to the negotiating table, albeit with conditions going forward, we owe it to our soldiers to do this.”

Peace Should Be Reached via Inter-Afghan Consensus: Iran