Kabul: The government of Afghanistan observed national mourning on Tuesday in honor of the victims of the attack on the Sayed al-Shuhada girls’ school in western Kabul, with its national flag flying at half-mast across the globe.

The EU in Afghanistan too lowered their flag in solidarity with the people of Afghanistan and the Chinese embassy also mourned the deaths.

On Saturday, a car bomb exploded near the Seyyed al-Shohada girls’ school, and then a second bomb exploded minutes later. The death toll from the incident now stands at 85, according to sources who told BBC while the injured numbered at 147. 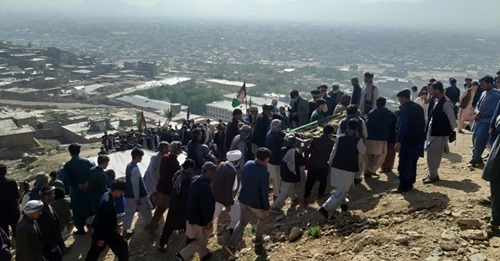 In the attack on Dasht-e Barchi school, most of the dead were female students. The list of 40 dead who were taken to medical facilities in the country and a copy of which reached the BBC, shows that 33 of them are girls.

The official final statistics of this incident have still not been released while officials in Afghanistan say a number of families have buried their victims without registration, and even government agencies responsible for providing assistance to the victims’ families have not yet received a final list.