Kabul: A day after General Sir Nicholas Patrick Carter, the British chief of staff and Foreign Secretary General for the Middle East, North Africa, Afghanistan and Pakistan, Tom Drew, arrived in Kabul and met President Ashraf Ghani and Pakistani Army Chief of Staff Qamar Javed Bajwa, details of the visit were made public by the British embassy.

Saying that the visit was at the invitation of President Ghani, the British embassy in Kabul, said that the visit was to discuss the Afghan peace process and the Chief of Staff of the British Armed Forces has emphasized that his country will continue to work with Afghanistan and Pakistan as partners in the fight against terrorism in the region.

During the visit to Kabul, Carter said London would continue to support the Afghan security and defense forces by providing financial support and training for Afghan soldiers and officers in Britain. “We are proud to have served alongside the Afghan National Defense and Security Forces, and to have played a role in building the capacity of Afghanistan’s professional and capable armed forces, and to continue to support them in the future,” he added.

“London will support the Government of Afghanistan through its diplomatic, development and security assistance. These collaborations also cover the Afghan government’s efforts to combat terrorism,” he said. 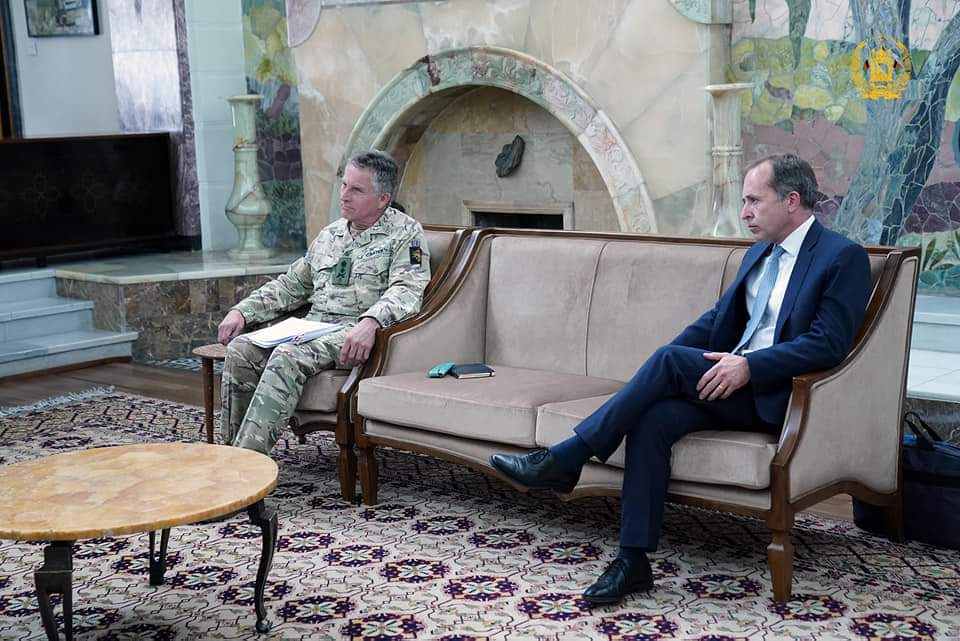 The United Kingdom emphasized that it is proud of the achievements of its armed forces, diplomats and development experts in Afghanistan, and considers their work important in reducing the threat of terrorism and threatening the Afghan peace process.