The commander of 209th Shahin Corps in the north of the country says that the reason of disruption of the provinces related to this Corps is due to the failure of the parties to divide the government’s privileges and lack of compromise between the prominent figures of the north in selecting individuals for important government positions.

In response to remarks of First VP, General Abdul Rashid Dostum, Shahin Corps press office said in a statement that the presence of powerful and irresponsible armed forces in government administrations who exert pressure, exclude and marginalize ethnic minorities are the factors of instability in northern part of the country.

The statement asked the vice president that “as second person of the country, what achievement have you had for the people of country specially for the north part.” 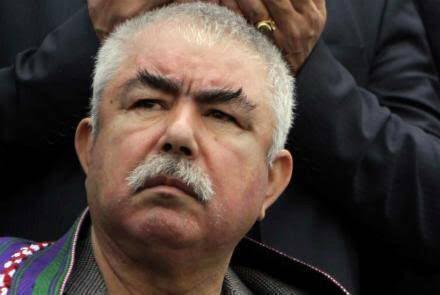 Meanwhile, during a meeting with a number of people in Jawzjan province, first vice president had said that due to the incapacity of the Shahin Corps Command, officers and young soldiers of security forces are being killed, and the Shahin’s command doesn’t even give the value of a bird to these forces.

“I will share Jawzjan’s problems with the president, and if Mr. Ghani does not address these problems, I will decide accordingly,” General Dostum emphasized.

Latest from Newsfeed: Tuesday, May 7

34 Individuals Arrested in Connection to Drug Trafficking Past Week

Counter Narcotics Justice Center of Afghanistan (CNJC) says that in the past week, security and intelligence…

The US Special Representative for Afghanistan Reconciliation Zalmay Khalilzad visited India as anticipated on Monday. This…