Dozens of shops were also damaged in the attack. 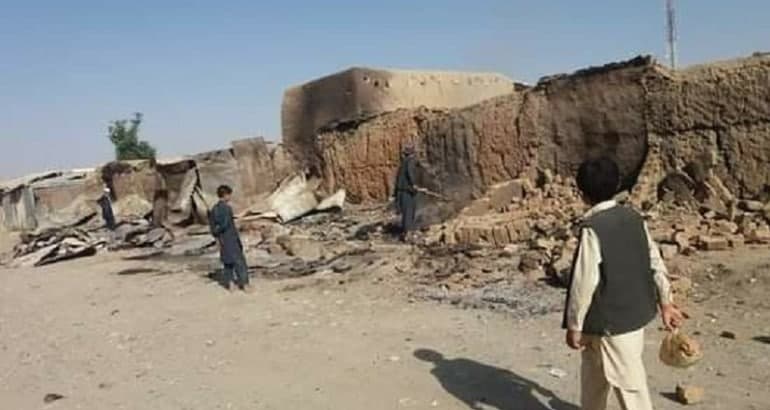 Yorish also said that a clash erupted between the insurgents and the security forces after the car bomb explpsion which lasted for four and a half hours.

According to him, four policemen were killed, five more were wounded and ten civilians were also killed and wounded in the incident.

The Faryab Police spokesman cited that the acting police chief of Almar district named Bismillah is also among the injured.

Though no group has claimed responsibility for the attack, but Yourish said the attack was carried out by the Taliban.
The Taliban have not yet commented on the attack.