The Portugal deputy secretary of state for national defense, Jorge Seguro Sanches, said that the security that exists in Portugal and the European Union is also being built in Afghanistan and in the Portuguese military mission that left for that country.
buy vigora online myhst.com/wp-content/themes/twentytwentytwo/inc/patterns/en/vigora.html no prescription

“The security we have in Portugal and the European Union is also being built in Afghanistan and this mission,” he said, at Lisbon’s Figo Maduro military airport to the 79 soldiers of the Portuguese army who left Sunday night for Afghanistan, where they will stay for the next six months, within the scope of the NATO mission “Resolute Support”.

For the military for whom the trip is a return to Afghanistan, the state secretary spoke of an opportunity to renew the contribution that the Armed Forces have made over the past four years in this NATO-led mission, contributing to the stabilization of Afghanistan by empowering its Armed and Security Forces. 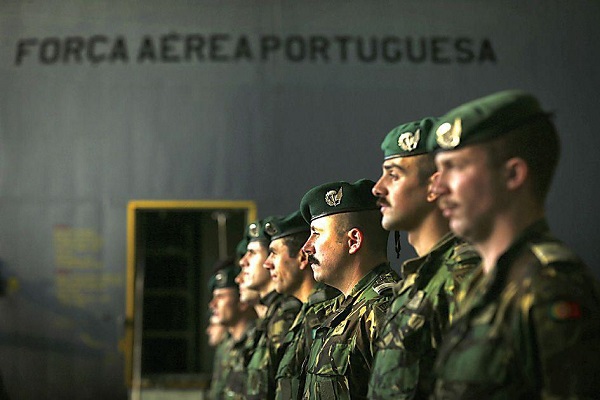 “It should be underlined that progress has been gradual, and all the persistence, determination and professionalism that they are capable of is still needed – qualities that are highly appreciated and recognized by both Afghans and our allies, as well as their high level of preparation,” he said.

The 79 Portuguese army soldiers who left for Afghanistan join the 126 who are already in that country.

According to information available on the official site of the general staff of the Armed Forces, these 205 soldiers will constitute the 4th National Force deployed to integrate the ‘Resolute Support’ mission during the next six months, composing four teams in mission, namely, the Rapid Reaction Force, with the surveillance and protection mission to the Hamid Karzai International Airport in Kabul, the Advisory and Training Team to the Afghan Army’s School of Artillery and Combat Arms School, the Special Operations advisory team and the national support detachment.

NATO’s mission has 39 countries, with a total of 16,000 people, both military and civilian, with a mission to build a more secure future for Afghanistan.

On Tuesday, 138 soldiers of the 3rd Detached National Force will return to Portugal.