The two Western teachers held by the Taliban are safe with American forces, US officials say, and now three Taliban figures are to be freed.

As per the New York Times report, the Westerners were released to American forces by the Taliban, and included an American, Kevin C. King, 63, and an Australian, Timothy J. Weeks, 50, teachers at the American University in Kabul who were abducted in 2016. 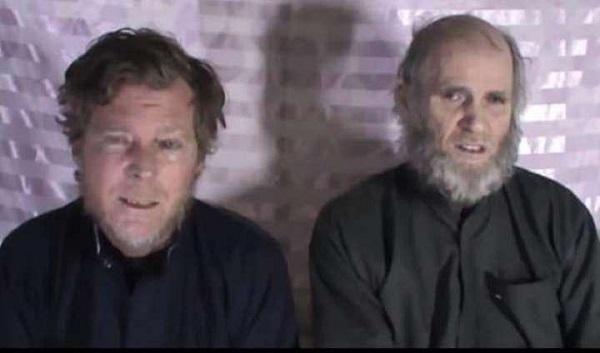 The key figure being returned to the Taliban is Anas Haqqani, the younger brother of the Taliban’s military operations leader and a leading fund-raiser and propagandist before he was captured in 2014.

The exchange was brokered, in part, by the American peace envoy, Zalmay Khalilzad, who had earlier negotiated a tentative agreement with the Taliban that would have included terms of an American troop withdrawal.

In announcing that he was willing to free the senior Taliban figures, President Ashraf Ghani said last week that the exchange was intended to “facilitate direct peace negotiations” between the Afghan government and the Taliban.

He is also betting that the exchange could nudge the Taliban toward agreeing to at least a partial cease-fire, which Mr. Ghani has set as a precondition to any talks.