In response to a question in a joint press conference with South Korean Defense Minister Jeong Kyeong-doo, Esper said, “I have great faith in the military justice system, our soldiers, sailors, airmen, and Marines are trained from day one about the laws of armed conflict and how to conduct themselves during wartime.” 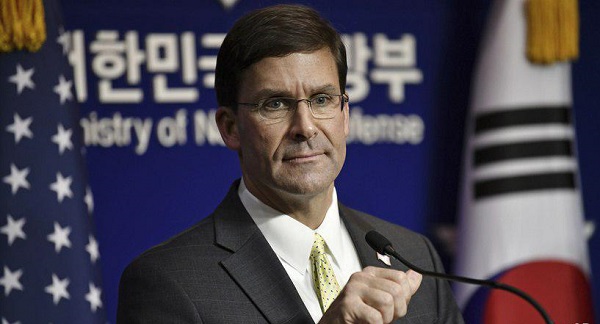 Trump has recently pardoned a former U.S. Army commando set to stand trial next year in the killing of a suspected Afghan bomb-maker and a former Army lieutenant convicted of murder for ordering his men to fire upon three Afghans, killing two.

However, Esper and other top military officials have informed Trump that his interference with the military judicial system would partially damage the ability of military larders to ensure discipline.