Almost 200 Wisconsin National Guard soldiers have returned to the U.S. after serving as guardian angels providing protection in Afghanistan. 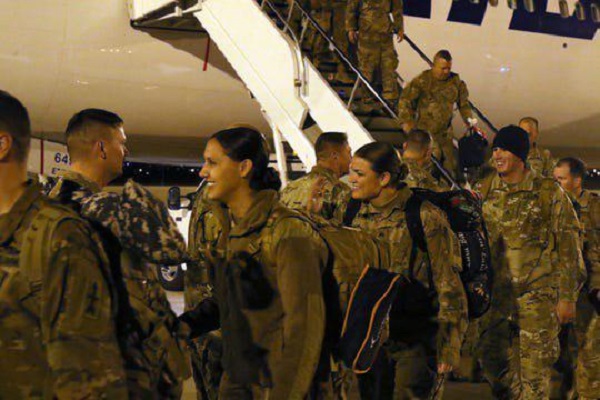 The rest of the unit remains in Afghanistan.

The soldiers were split into small squads to act as protectors for advisers in the 2nd Security Force Assistance Brigade as well as other coalition forces, contractors and Afghan troops.

The 127th was recently joined in Afghanistan by another 32nd Red Arrow Division battalion — 1st Battalion, 128th Infantry. That unit mobilized in July.