Ministry of Defense has stated that in the past 24 hours, “the country’s defense forces launched 11 planned joint offensive and clearing operations as well as 98 special commando duties and 6 air strikes to eliminate enemy nests and threats created in different parts of the country, killing 38 insurgents killed and injuring 34 others as a result”.

14 insurgents were killed and 20 injured in the Charbolak district of Balkh province and three vehicles were also demolished.

12 people were killed and 3 were wounded in Gereshk, Marja, Nad Ali and Sangin districts of Helmand province, some weapons and ammunition were also destroyed. 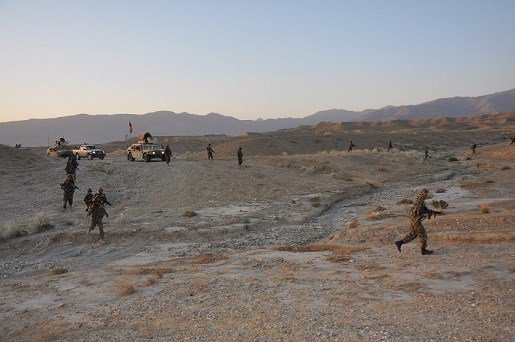 In Waghaz, Ander and the capital of Ghazni province, 11 insurgents were killed, 8 were wounded, one vehicle and a quantity of weapons and ammunition were seized.

Furthermore, in Alishang district of Laghman province, one insurgent was killed, two wounded, 20 kilograms of explosives and 2 Kalashnikov rifles siezed.

Finally, in Pashtuncot district of Faryab Province, an insurgent was wounded,a hideout and some quantity of weapons and ammunition were destroyed.