Iranian Parliament Speaker has said that intra-Afghan talks can lead to the establishment of peace and stability.

Mohammad Bagher Ghalibaf made the remarks in his meeting with Afghanistan Ambassador to Tehran Abdul Ghafoor Liwal.

He reiterated that intra-Afghan talks, regardless of pressure from third countries with the centrality of legal government of Afghanistan, can lead to spread of peace and stability.
He pointed to the longstanding ties and cultural commonalities between Iran and Afghanistan and added, “Iran and Afghanistan have always established friendly and brotherly relations between people of the two countries and this is a strong support for the development and expansion of political, economic and cultural ties between the two countries.” 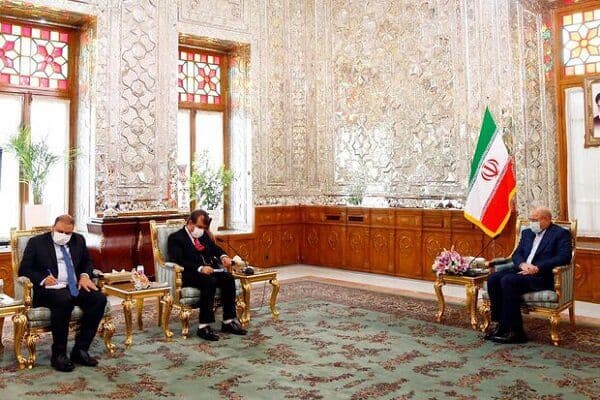 Ghalibaf expressed his deep regret over the recent terrorist attack in Kabul and stated, “Islamic Republic of Iran has always emphasized on establishing peace and security in Afghanistan.”

Afghan envoy to Iran, for his part, appreciated Iran’s support for people of Afghanistan in various historical periods and added, “People of Afghanistan will never forget the material and spiritual support of Iranian people during and after war in backing Afghan Constitution.”

The Afghan envoy then pointed to the outbreak of coronavirus global pandemic, COVID-19, and called for more cooperation between healthcare and treatment centers of the two countries.