The statement noted that during the meeting, Ghani emphasized that there is comprehensive consensus for dignified and sustainable peace and it is the priority of the current and next government. 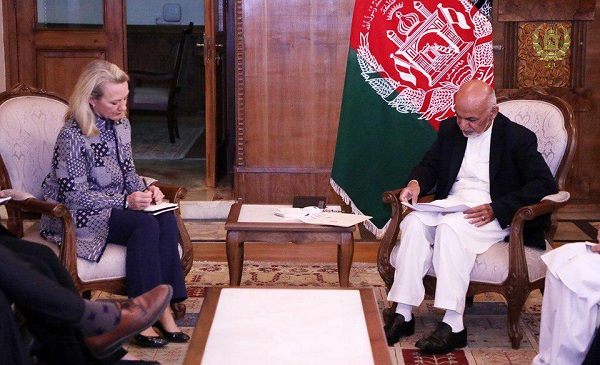 Alice Wells commended successful holding of presidential election in the meeting, saying the vote was important for strengthening democracy in Afghanistan, the statement added.

“The independence of Afghan electoral commissions and their decisions should be respected”. said Ghani adding that candidates should avoid making premature claims of victory.

This comes as two days after election, Mr. Ghani’s running-mate Amrullah Saleh in a news conference claimed his team was the winner.