The US Ambassador to Afghanistan John Bass said that United States supports the decision by the Independent Election Commission (IEC) to only verify biometric votes.

We discussed the importance of clarifying for the Afghan people how many polling centers and polling stations were closed and where they were located so that as biometric process goes forward people have confidence that the electronic results verified physical results, he noted. 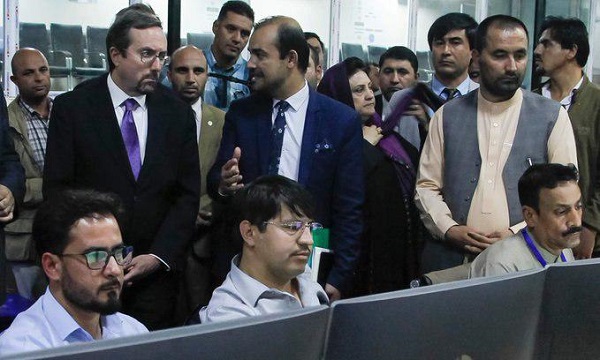 US Ambassador John Bass said the remarks during visit to Independent Election Commission.
It is important that people have confidence in the vote rather than trying to meet an artificial deadline, he said.
“I have reinforced with the commission the commitment of the United States to supporting the independence of the electoral commissions and supporting their ability to achieve the right conclusion.
buy feldene generic bloinfobuy.com/feldene.html over the counter

The preliminary results of presidential election is set to be announced on 19 October.