Officials of Independent Election Commission (IEC) said that only the corridor of IEC’s digital center has been opened and the digital data center is unharmed.

Addressing a press conference on Tuesday, IEC commissioner Aurangzeb said two nights ago a plastic lock was opened but “no one touched the locks of the two main rooms at IEC.

The seal was broken in coordination with security adviser of IEC’s secretariat, IEC official noted.

“We are assuring people that all the biometric-verified votes will be counted. The IEC is continuing the process independently, “Aurangzeb, said. 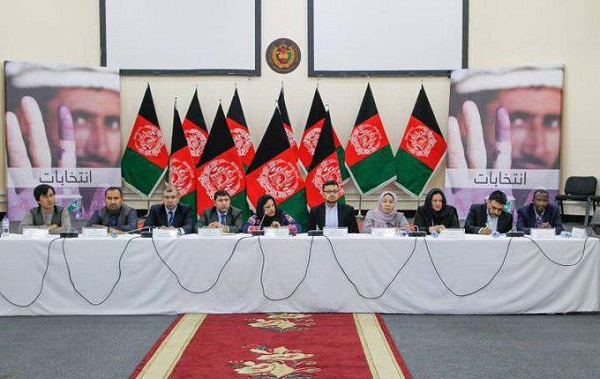 “The security certificate of the Dermalog was expired, and when it is expired we cannot transfer the data, that was the main reason for the postponement of primary results of elections,” he noted.

IEC officials elaborated that the interferences of presidential election candidates’ observers is also a factor for delaying the announcement of preliminary results.

“The IEC’s secretariat should tell us until 1:00 PM today how much work is remaining and when we could announce preliminary results from presidential election”, an IEC official said.

“Due to the opening of that lock, our work process has been stopped which will affect the process and will delay the announcement of the preliminary result,” Aurangzeb said.
buy cialis super force online https://littlehealthcare.com/wp-content/themes/twentynineteen/inc/new/cialis-super-force.html no prescription

Aurangzeb said the “media can go with us and verify that the locks on the main room have not opened.”

Elections are historic responsibility and we will not take any step to push the country into crisis, IEC Commissioner, Aurangzeb, said, adding that they have no problem with the Commissioner Mawlana.
IEC chairperson, Hawa Nuristani, said, “We are committed to steadfastly count the votes and announce the results, anyone violates the law will be taken to justice.”

Meanwhile, the Ministry of Interior has rejected the interference of police forces in election works.