Ali Reza Rouhani, a spokesman for IECC, said on Tuesday that more than 6000 complaints have reached the commission regarding the recent elections. Featuring among the complaints was the issue of filling ballots. 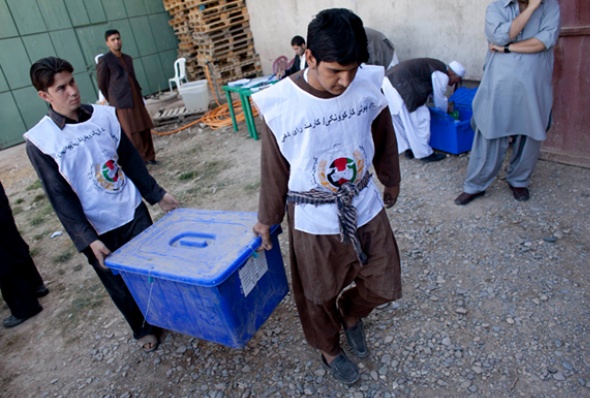 It was pointed out that illegal ballot-stuffing, apart from the biometric issue, closed polling stations, and delay in the opening of polling stations, as well as security concerns like intimidation of staff, voters and observers, formed another part of complaints to IECC.

Rouhani assured that all the complaints are being tended to and that necessary actions could end the candidate’s name being dropped as a result.

President Ashraf Guani arrived in Kandahar city earlier today. This is the first time the President…

4 Terrorists Killed in Airstrike in Uruzgan

Ministry of Defense has confirmed that as a result of airstrikes in Trinkut and Uruzgan, 4…