Pakistani Prime Minister Imran Khan on Monday said that they were making the utmost efforts to ensure that there is peace in Afghanistan.

Khan was at the “Pakistan-Afghanistan Trade and Investment Forum 2020” in Islamabad, which was also attended by a 17-member Afghan parliamentary delegation led by Mir Rahman Rahmani, speaker of the House of Representatives.

He said a ceasefire in Afghanistan will benefit Pakistan too. 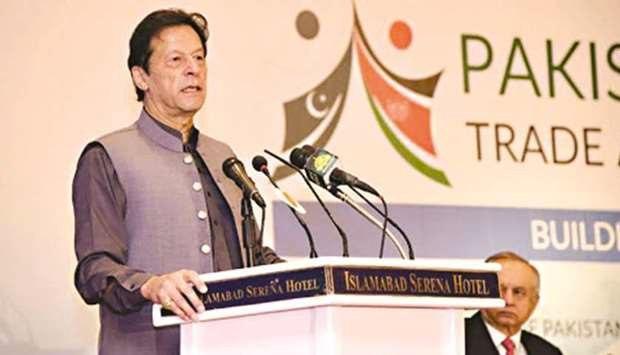 “The Pakistani government, the armed forces and the intelligence agencies are positively contributing to help end violence and restore peace in Afghanistan,” he added.

Khan said they favoured open borders with Afghanistan for trade like the European nations as both countries have vast potential for investment and economic activities. Promising to facilitate trade and investment, he said peace in Afghanistan was inevitable for regional growth.

“After Afghanistan, Pakistan has suffered the most due to the conflict,” he said, expressing support for an Afghan-led and Afghan-owned peace process.

Khan also stated that Pakistan will extend support to any government which comes into power in Afghanistan as they wanted to see their “neighbour free from the menace and scourge of war and terrorism.”

“Pakistan will do all that is required to boost its trade,” he remarked, adding that trade and industries are important for the development of Afghanistan.

Afghan speaker Rahmani said they valued the contributions of Pakistan to the peace process and stressed on the need for enhancing parliamentary contacts.