The Primary Court Of Crime Against Internal and External Security in Kabul’s PD3 on Tuesday, gave out death sentences to three men and a woman charged with kidnapping leading to murder.

The Office of the Attorney General (AGO) said the four death row convicts were members of a group of seven people. They were identified as Shazia, Ahmadullah, Bator, Mohibullah, Sherbaz, Sharifullah and Dilawar.

Among them, Bator is the son of the director of the Counter-Terrorism Department while Mohibullah’s father is in the Paktia Police. 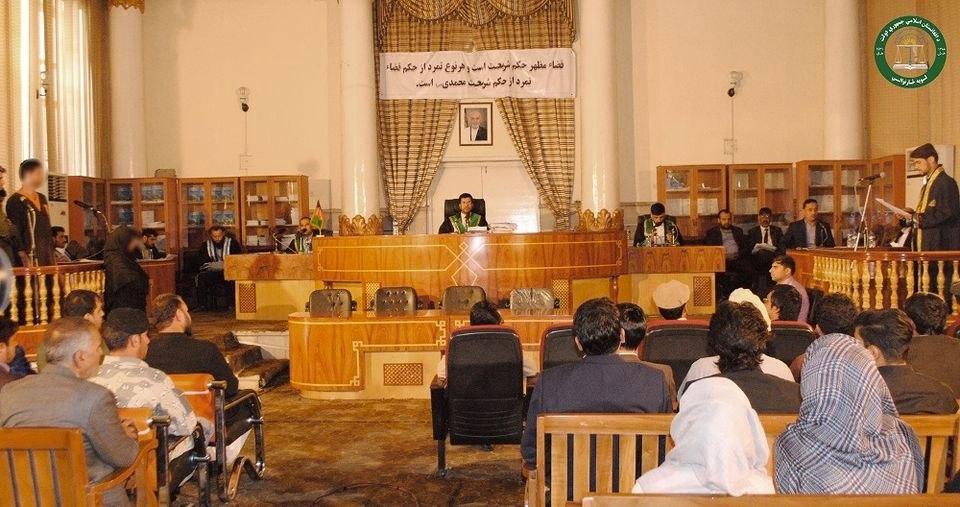 The court handed the death sentence to Bator, Ahmadullah, Shazia and Mohibullah, while the other three were acquitted. However, Sherbaz was sentenced to two years in prison on another charge.

The court said that the bodies of three of the victims were found in the courtyard of a house that was rented by Bator, Ahmadullah, Mohibullah and Shazia in PD7. The fourth body was found in PD8, in a house where Dilawar, Shazia, Ahmadullah and Sharifullah were living.

The prosecutor said that Ahmadullah had forced Shazia, a 20-year-old married woman from Paktia, to move to Kabul and live with them. He also coerced Shazia into inviting other people to their home where he would rob them and kill them.

The Nangarhar National Directorate of Security (NDS) arrested three members of IS-K (Daesh), including a man…

Laghman officials said on Tuesday, a man shot and killed his father before turning the gun…

In the past 24 hours, 372 suspected Coronavirus samples have been tested across Afghanistan, of which…