Provincial officials confirmed that an army helicopter that was flying to Rustaq district of Takhar crashed on Tuesday afternoon.

Spokesperson for the Takhar governor, Mohammad Javad Hijri, told Reporterly, that the helicopter was transporting wounded defence and security forces to the district. 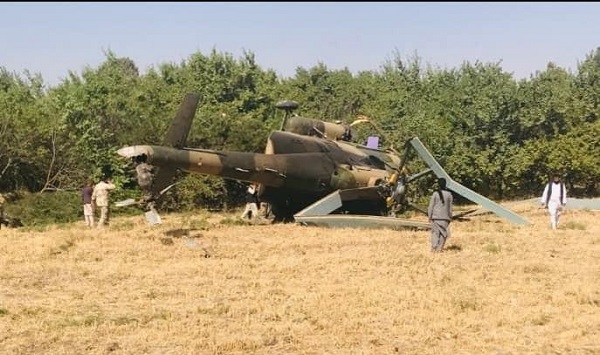 There were 12 people on board when the helicopter crashed while landing, due to technical problems.

Due to its short distance from the ground, only two of the people onboard were superficially injured.

The Ministry of Defence has not commented on the crash yet.