Officials at the Ministry of Mines and Petroleum (MoMP) said that the work on the Turkmenistan, Afghanistan, Pakistan and India (TAPI) gas pipeline will start by early 2021 after the land acquisition process has been completed.

Chakhansuri said that the TAPI pipeline was one of the most important economic projects for the region and plays and important role in the economic development of Afghanistan.

“A memorandum will be signed to acquire land based on the route of the TAPI project and the plan of action will soon take its practical phase,” the minister said. 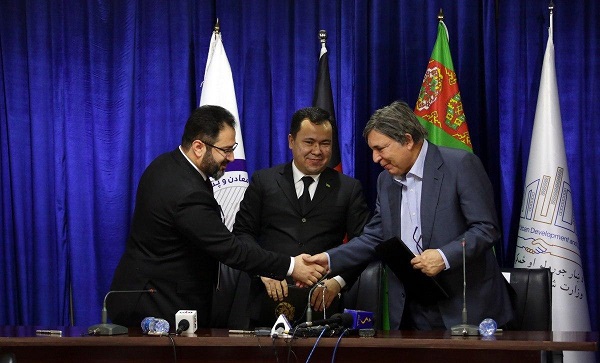 He said that a technical survey, mine clearance and ground surveys had already been completed for the implementation of the project.

Amanov, the director of TAPI, said that implementation will begin in the early months of 2021.

He also noted that work on the gas pipeline has been completed in Turkmenistan’s territory and will soon reach the Afghan border in Herat.

Chakhansuri said that a committee consisting of employees of the Ministry of Mines and Petroleum, the Ministry of Urban Development and Land, and the TAPI Pipeline Company Ltd. will be set up to oversee the implementation of land acquisition.

The TAPI gas pipeline will pass through Herat, Farah, Nimroz, Helmand and Kandahar provinces before reaching the border of Pakistan near Quetta.