In response to a series of flash floods that swept across large parts of Afghanistan in late August, the European Union (EU) is providing €150,000 (around 13.7 million AFN) in humanitarian aid funding, the EU press office said on Tuesday.

The EU Humanitarian Aid is to assist the most vulnerable communities that were affected by the floods that swept across 14 provinces and killed over 160 people and displaced thousands.

The aid will directly benefit 35,000 people in some of the hardest hit areas in Kapisa, Maidan Wardak, Paktika, Panjshir and Parwan provinces. 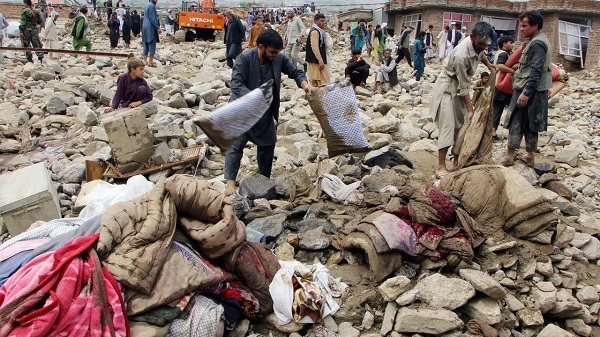 The EU-funding supports the Afghan Red Crescent Society (ARCS) in delivering assistance through the distribution of emergency food supplies to those hit by the floods. The programme also ensures a gender-sensitive approach, allowing both women and men equal and safe access to the support.

As the COVID-19 outbreak remains a significant threat, personal protective equipment such as masks, gloves and hand sanitisers are also being provided as part of the mitigation measures.

The funding is part of the EU’s overall contribution to the Disaster Relief Emergency Fund (DREF) of the International Federation of Red Cross and Red Crescent Societies (IFRC).