President Ashraf Ghani, in a meeting with Ghazni’s members of the House of Representatives and the Provincial Council on Monday, promised that the government would prepare for parliamentary elections in the province soon.

The Presidential Palace said that Ghani called on Ghazni’s representatives to “achieve a just and principled result” in order to “further ensure the unity of the people.”

He called Ghazni “everyone’s home” and promised that the demands and suggestions of the people of the province would be met. 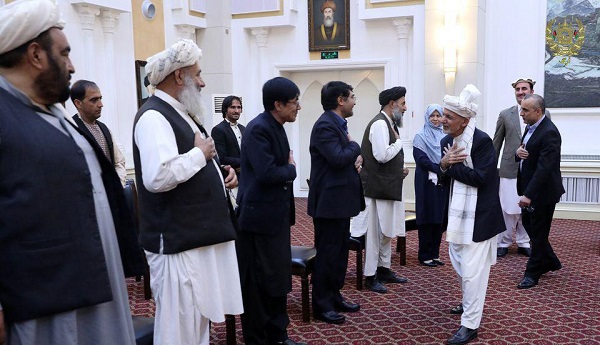 He also referred to the cooperation and coordination between the people and elders of the province in various sectors, stating that in order to improve things, especially security, it is necessary for the people to be cohesive “district by district.”

Meanwhile, Ghazni members in the House of Representatives and the Provincial Council asked Ghani to provide security and implement development projects as soon as possible.

Parliamentary elections were held in 32 provinces in October 2018, however they have not taken place in Ghazni yet.

Ghazni residents had opposed the division of the province into three constituencies and as a result, the elections had to be postponed.

The Independent Election Commission (IEC) has said that they have submitted a plan for parliamentary elections in Ghazni to the House of Representatives.