U.S. Special Representative for Afghanistan Reconciliation Zalmay Khalilzad upon his return from Qatar will testify before a U.S. House committee panel hearing on the American strategy regarding troop withdrawal and peace in Afghanistan.

Khalilzad will come before the House Oversight and Reform National Security Subcommittee, after the panel threatened to issue subpoenas against Secretary of State Mike Pompeo and Defence Secretary Mark Esper for failing to testify in the hearings.
buy synthroid online https://www.illustrateddailynews.com/wp-content/themes/twentytwentytwo/parts/new/synthroid.html no prescription

“I am grateful to U.S. Special Representative Zalmay Khalilzad for agreeing to testify before the Subcommittee on National Security about the United States’ negotiations with the Taliban and the government of Afghanistan,” subcommittee Chairman Stephen F. Lynch said.

The committee will examine the Trump administration’s strategy, including potential impacts for Afghan women and U.S. security interests in the region. 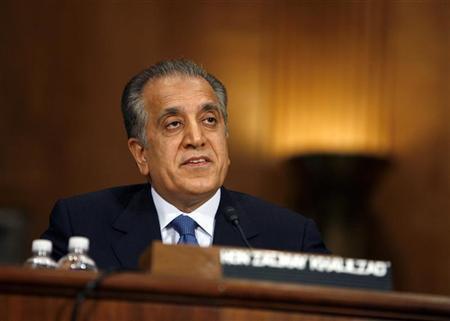 “After nearly two-decades of conflict, the American people deserve to hear directly from the Administration about how it plans to bring a responsible end to the war in Afghanistan,” Lynch added.

On Aug. 31, the committee had demanded testimony about the U.S. strategy in Afghanistan from the Pentagon and the State Department, saying they had been refused for over a year.

Lynch spoke with Khalilzad on Thursday, at which point he committed to testifying before the subcommittee and also offered to provide members with a closed-door, classified briefing.

It is unclear if the panel is still seeking testimony from the Pentagon or if Khalilzad’s commitment is enough.