Members of Taliban’s Qatar-based political bureau have visited Tehran and held talks with Iranian officials on the latest developments of the Afghan peace process, including the breakdown of US-Taliban negotiations.
buy antabuse online https://rxbuywithoutprescriptiononline.com/dir/antabuse.html no prescription

As per the Press TV report, the delegation has reportedly conferred with a number of political and foreign ministry officials of Iran on the Afghan peace talks and the intra-Afghan negotiations. 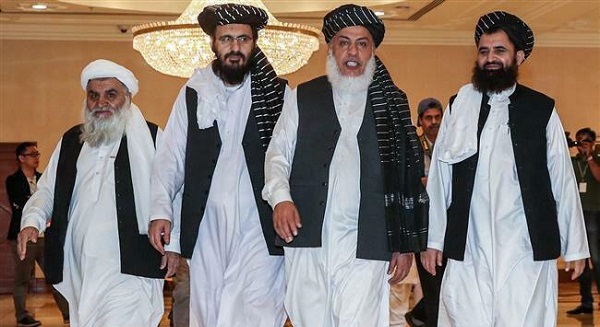 The visit to Tehran was the second foreign trip of the Taliban delegation after the collapse of its talks with the United States. The Afghan group earlier paid a visit to Moscow, Russia.

A senior Taliban leader in Qatar had earlier said, “The purpose of these visits is to inform leaders of these countries about the peace talks and [US] President [Donald] Trump’s decision to call off the peace process at a time when both sides had resolved all outstanding issues and were about to sign a peace agreement.”

After nine rounds of negotiations in Doha, which began in October 2018, American and Taliban officials agreed a draft accord that would have seen some 5,000 US troops withdrawn from Afghanistan in exchange for security guarantees from the Taliban.

However, Trump cancelled the talks in a move that surprised the Taliban leaders.