Abdullah Abdullah, Chairman of the High Council for National Reconciliation, spoke to ambassadors of various countries and international organisations in an online discussion coordinated with the United Nations Assistance Mission in Afghanistan (UNAMA) on Monday. 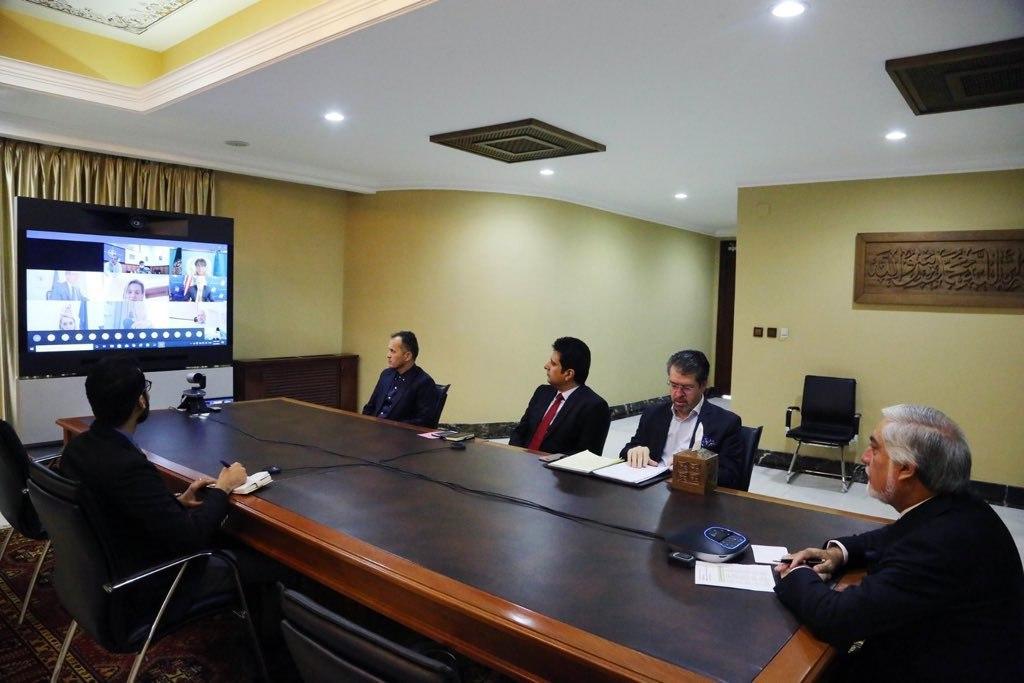 “I shared my views on the initial steps taken during and since the Doha intra-Afghan peace process,” Abdullah said.

He explained that with the beginning of the talks “hopes for peace and stability have increased in the country.”

He stressed the importance of pursuing a “durable and dignified peace.”

“We collectively stressed on reduction of violence across the country,” Abdullah recounted.

All ambassadors emphasized the end of war and violence in the country by welcoming and supporting the start of the peace negotiations.