The Ministry of Urban Development and Lands (MUDL) signed a contract with Chinese state-owned MCC 19 to start construction on housing units in Kabul.

The Presidential Palace said on Tuesday, that a contract to start the first phase of construction of 1,400 housing units in the Nila Bagh area of Darulaman, was signed between the acting head of the MUDL and the MCC 19 director.

China had committed to build 10,000 housing units in the township under a 2015 Memorandum of Understanding with the government of Afghanistan. 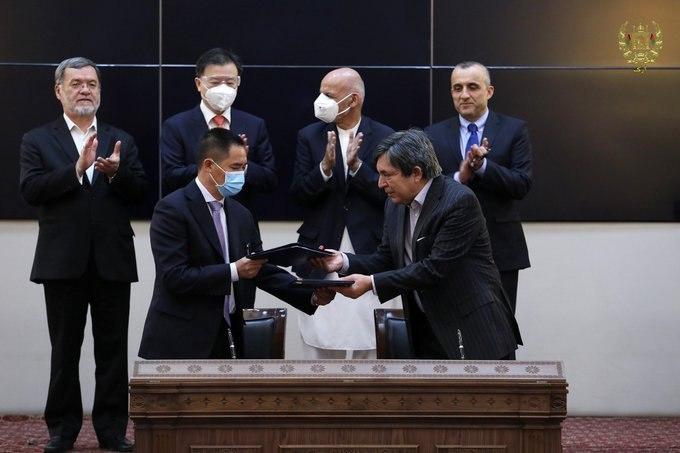 “We support Afghanistan’s approach to peace, development and regional cooperation, and we hope that all parties will take advantage of this opportunity,” he added.

Ghani said that Afghanistan’s relations with China are friendly and focused on common interests.

“We hope that China’s vision for Afghanistan will be based on regional stability, economic cooperation and trade development,” the president said.

He said Afghanistan was interested in developing relations with other regional partners, especially China, and especially for economic cooperation.

He stressed that the Taliban should renounce violence, call for a ceasefire and accept that a military solution to the conflict is not possible.

At the end of his speech, Ghani said that a strong regional consensus, like the Shanghai Cooperation Organization (SCO), is important for Afghanistan and China could provide support for that.