The Ministry of Interior (MoI) said on Tuesday, that in the past six months, Taliban attacks have killed and injured nearly 3,500 civilians in Afghanistan.

MoI spokesperson Tariq Arian said that the Taliban had carried out nearly 7,000 offensive attacks in the same time period.

He also said that 1,140 Taliban-planted mines and bombs had exploded in the past six months, while over 10,000 explosives had been seized by Afghan security forces. 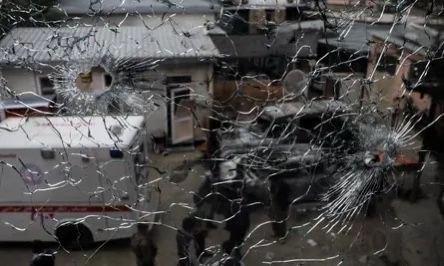 The forces of the MoI had also discovered and defused, or safely detonated, over 1,300 bombs planted by the Taliban during this time period.

Last week, the First Deputy Minister of Defense Shahmahmood Miakhel said that the Afghan army had defused 4,776 IEDs in the past six months placed by the Taliban along public roads, residential areas and highways.

In the opening ceremony of the peace talks in Doha, Abdullah Abdullah, chairman of the High Council for National Reconciliation, had said that over 12,000 Afghans had been killed and 15,000 had been wounded since the end of February 2020, when the U.S. and Taliban signed the peace deal.