The Permanent Mission of Afghanistan to the United Nations (Afghanistan Mission) has announced that the Afghan delegation led by the deputy foreign minister for Political Affairs, Edriss Zaman attended the 74th United National General Assembly (UNGA) in New York.

The Afghanistan Mission to UN said on Tuesday that Afghanistan delegation today addressed the UNGA High-Level Meeting on Universal Health Coverage in which a political declaration was also passed that reflects the commitment of member states in working towards health services.

On the sideline of the UNGA meeting, the Afghan delegation also attended the Climate Action Summit. 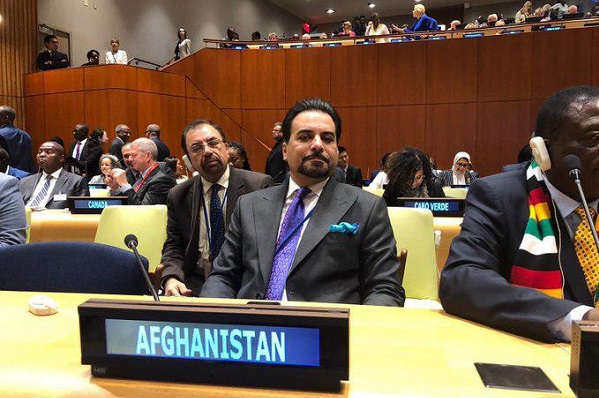 “Afghanistan being severely affected by climate change and we hope the results of this summit brings an affective plan of action,” a member of the delegation said.

Afghanistan Mission added that Edriss Zaman participated in a ministerial breakfast of the of Conference on Interaction and Confidence Building Measures in Asia (CICA) this morning, underscoring the fundamental role of the forum & the importance of regional cooperation & trust building as a way to achieve peace & enhance stability, development & prosperity in Asia & beyond.

The United National General Assembly meeting started on Tuesday (Kabul time) in New York, with a focus on issues such as climate change, global developments, and political leaders from all over the world will speak to the assembly.